Sunday 22nd April 2018, I’m back at the Millennium Centre in Cardiff Bay for a rare Sunday Matinee, this week its ‘Shrek the Musical’, on it’s last day in the Capital before moving venues. I always like to catch the last show at the centre if possible and have done so on many occasions during my theatre visiting history, over the past 5 years or so. 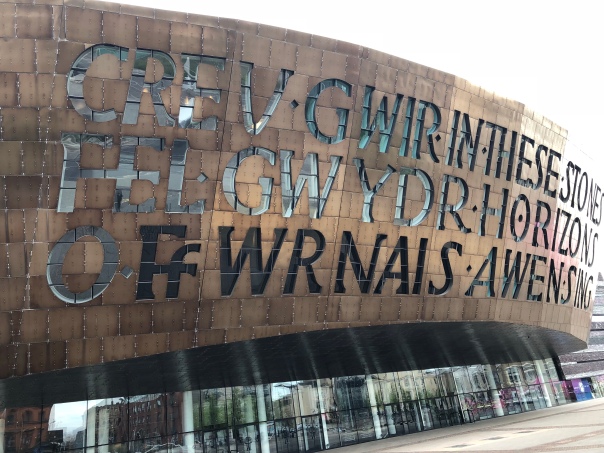 For this afternoon performance we have Steffan Harri alongside Amelia Lily in the title roles, with Samuel Holmes and Marcus Ayton as Farquaad and Donkey respectively. I’ve mentioned before how brilliant Lucinda Shaw is as the voice of the Dragon, I also need to praise Jemma Revell as Gingy, so impressed with her voice too, as Gingy happens to be one of my favourite characters in the show. I remember how brilliant Nikki Bentley was in the role on the last tour, she is now wowing audiences as standby Elphaba in Wicked uk tour, we may even see Jemma doing the same in the next few years.

Yet another impressive performance from a talented cast of actors, it’s gone so quick these past two weeks, it’s amazing to have the chance to watch this show so many times over these two tours, and especially at the best theatre in the world, according to me anyway.