Saturday 25th August 2018, and after a trip to Whitstable earlier in the week for a family wedding, (which was absolutely incredible), I’m back at the Millennium Centre in Cardiff Bay for the Beatles musical ‘Let it Be’. Another musical I have yet to see, so this will add to my growing collection of shows. I’m quite looking forward to this, although I must admit to not being a huge Beatles fan, I prefer the band members solo careers, but knowing me as I do, I’ll probably love it. 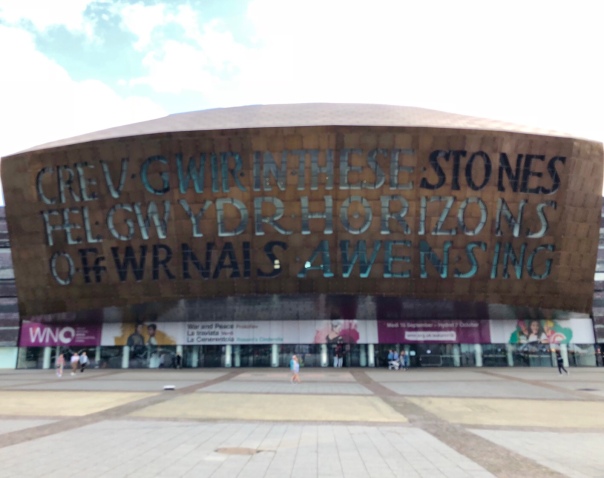 The cast has Emanuele Angeletti as Paul, Michael Gagliano as John, John Brosnan is George, Ben Cullingworth as Ringo, with the fifth member the ‘musical director’ Michael Bramwell, who played all the other instruments the cast couldn’t.

These guys have actually blown me away, for me they are better than the original band, I’m loving this show, now that’s something I never thought I’d say. I love the little interludes between each set, showing different themes and songs of the period as the band progress through their timeline. I’d forgotten how many good songs these guys actually wrote, with the choice of playlist suiting this particular musical, only including their best songs, in my opinion anyway.

If the first act blew me away, then act two just sent me to moon and back. The imaginary concert was just superb, with loads of my favourite solo tracks played even better than the originals. I even had tears in my eyes at some of the songs, which I never thought I would for this musical. I have to mention the guitars during the show, played brilliantly by the onstage cast, in fact the whole session was jam packed full of magnificent musicianship (if that’s even a word) and amazing singing. A truly magnificent cast and only 5 people on stage.

I was a bit apprehensive about ‘let it Be’, but as usual I was wrong, it’s a absolutely fabulous musical extravaganza and definitely one to watch again.

Saturday 18th August 2018, and after a three week break from the Theatre, I’m back at the Millennium Centre in Cardiff Bay for the stage presentation of ‘Summer Holiday’ with the brilliant Ray Quinn in the title role. 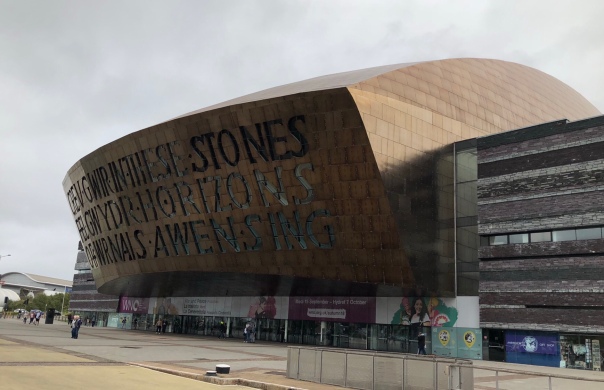 A film I may have watched hundreds of years ago as a kid, probably haven’t seen again for over 40 years, but if I’m honest, I’m actually looking forward to it, a chance to add another new show to my growing list and experience the wealth of theatrical talent that the UK has in abundance.

The one thing that determines a good show for me, is how I feel coming out of the theatre. Today I could have skipped around the Bay. I thoroughly enjoyed this musical, so much fun, some iconic songs brilliantly sung, the band in the pit playing their hearts out, great dance routines and a totally fabulous ending, getting the whole crowd involved.

Ray Quinn has such a fabulous voice, as does Sophie Matthew, although I was quite impressed with the whole cast, they all had great singing skills, put to the test in a classic stage remake of a classic film. I especially love ‘Bachelor Boy’ in the first act, also happens to be one of my favourite songs as a young lad growing up in the valleys. Along with a cracking duet of ‘The Young Ones’ in Act Two. Come to think of it, I was quite impressed with all the songs in the show, all sung brilliantly by a talented cast. Another musical I would watch again, if it tours again that is.