Saturday 3rd November 2018, and finally a chance to to watch Wicked at the Magical Millennium Centre in Cardiff Bay. As you can see from the title I’ve seen this show a few times, and it’s still the best musical I have ever seen, I also intend to view this on a few more occasions while it remains in the Capital. 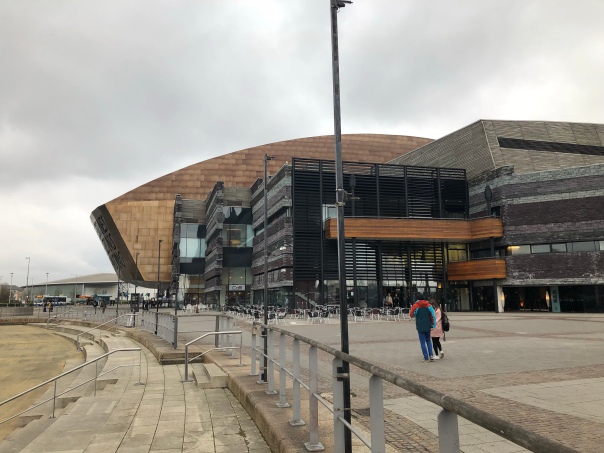 Time to reintroduce myself with the cast for the two performances today. Elphaba is played by Amy Webb (first time I’ve seen her in the role), with Charli Baptie in the role of Glinda. Aaron Sidwell is Fiyaro (Benjamin Yates takes over for the evening role). Stephen Pinder plays the Wizard, Kim Ismay is Madame Morrible, with Nessarose played by Emily Shaw. Having been at the tour opening in Bristol back in March, it will be nice to see how far this cast has come, although I must say that they were excellent then, so they should be absolutely phenomenal now.

Firstly I have to commend Amy Webb on such a commanding performance as Elphaba, I’ve seen Amy (Ross) and Nikki on previous trips to Wicked (Bristol) with both totally magnificent, today Amy added a third to that list, such superb talent from all three so far. Her voice was amazing, so good to listen to.

Charli Baptie’s performance as Glinda today was another massive positive for the show. Fabulous rendition of the role and superb voice to go with it, couldn’t have wished for two amazing Elphaba’s and Glinda’s to start my run of shows at the Centre.

Let me mention the amazing support cast who kept the show alive with some incredible performances to match the principle actors. Wicked has me in tears for most of the show, and today was no exception, made by this superb cast. Two performances today really made my day, so brilliant to watch, I will never get fed up of this tremendous musical, really can’t wait for more chances to visit this show. Watch this space.